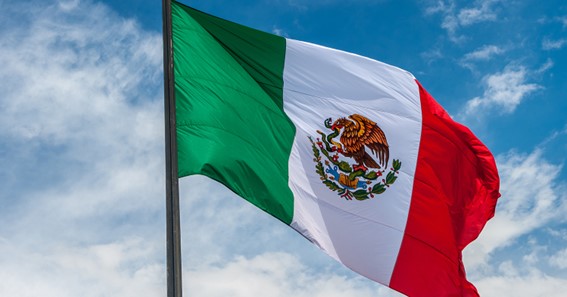 Why does every country have a different and unique flag? Here we will discuss the Mexico flag and try to understand its deep meaning in it. When you see the flag of your country, automatically you get goosebumps and you might feel proud. Since you are born, your parents, teachers, and everyone around you tell you the importance of the national flag and what its meaning is. And ultimately it becomes emotion, pride for you. So, the flag is a unique and best way to represent the whole country at the international as well as national level. Therefore, it has to be unique and bear a specialty and history of the respective nation. Let me tell you about the Mexico flag.

What Is The Mexico Flag?

The Mexico flag is one of the most known identifications for the people of the country. It is the representation of Mexico’s history and culture. The Mexican flag contains three vertical bands of color in equal proportions green, white, and red. The white-colored strip is sandwiched between red and green colored stripes.

The white color strip consists of Emblazoned at the exact centre of the flag, it is the Mexican coat of arms. The total dimension of the flag is 4 X 7 in terms of height and length. The emblazoned consist of an eagle with a snake clutched in its beak while standing on the branch of a cactus. Below the cactus, there is an oak and a laurel branch.

Every design or logo on the Mexican flag holds symbolism and importance to the history of Mexico. Let’s understand the Mexico flag meaning in detail.

click here  – How to Improve Your Health With CBD and Hemp

What Is The Mexico Flag Meaning?

The Mexico flag meaning is very deep and long because it represents many things regarding Mexico’s history. The Mexican flag symbolizes the pride of the early settlers and the struggles they encountered while fighting for independence. This lesson will analyze the appearance of Mexico’s flag, its history, and the Emblazon located in its center.

The national Mexican coat of arms consists of an eagle with a snake clutched in its beak showing in graphic form the foundation myth of the ancient Aztec empire. The coat of arms relates to the story of the founding of Tenochtitlan, the Aztec capital.

Throughout Mexican history, flags have been used as a representation of the community. The old flags are suggested to have been used during the time of the Aztecs, which is where the national coat of arm’s symbolism actually lies. New Mexico flag representation came to light with the Mexican War of Independence, when rebel flags hinted at the flags seen in present times. Around 1810, early flags represented Virgin Mary and Lady Guadeloupe, both with an eagle perched on a cactus branch.

In 1821, the first official flag of Mexico was unveiled after it became an internationally recognized independent and sovereign nation. The flag was changed for the first time in 1823 after Mexico became a republic county, the crown was removed from the eagle and a snake was planted in its talon.

In 1864, the 3rd flag of Mexico was created for the Second Republic of Mexico, by shifting the coat of arms from center to corner. The flag went through more changes over the years, but the colors remained the same. The current flag of Mexico was adopted on 16th September 1968.

Neighboring countries of Mexico are,

To know more about Mexico let’s have a look over some basic and primary facts about the country.

The official language of Mexico is Spanish, which is spoken by almost 90% of the total population. Basically, there may have been 200 plus roots of native languages.

The currency of Mexico is the Mexican Nuevo Peso, known colloquially as “Peso”.

You will find a variety of food here in Mexico because in history many outsiders had come to Mexico so food variety got increased. The popular food in Mexico is Chilaquiles, Tamales, Alote, Chiles en nogada, Tacos al pastor, etc.

The population of Mexico is 131,866,178 million as of 2022. Mexico’s population is so high because of continued high fertility and the simultaneous decline in mortality.

The weather in Mexico is tropical with rainy and dry seasons and little temperature rise and fall from season to season.

What Is The Backstory Of The Mexican Flag?

The central emblem is the Mexican coat of arms, based on the Aztec symbol for Tenochtitlan (now Mexico City), the center of the Aztec Empire. It recalls the legend of an eagle sitting on a cactus while devouring a serpent that signaled to the Aztecs where to found their city, Tenochtitlan.

Why Was The Mexico Flag Created?

Why Does The Mexico Flag Have An Eagle Eating A Snake?

What’s the meaning behind this imagery? It goes back to an Aztec legend. In ancient times, the gods told the Aztecs that they would find the perfect place to build their city where they saw an eagle on a cactus, eating a serpent. They spotted such an eagle – right in the spot that is now the main plaza in Mexico City.

What Is The Importance Of The Mexican Flag?

The Flag of Mexico is one of the most known identifications for the people of the country. The Mexican flag is not only a representation of Mexico’s history but also its culture. It symbolizes the pride of the early settlers and the struggles they encountered while fighting for independence.

How to Improve Your Health With CBD and Hemp