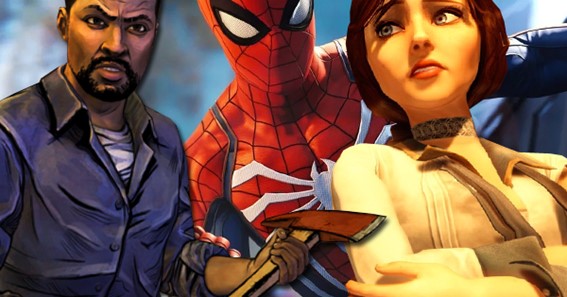 Games with an interesting game plot

Not in all modern games, developers invest in the plot for their projects. Sometimes history is simply relegated to the background, sometimes it is not at all. However, there are always projects where the narrative plays a key role and interest in the characters covers even a weak game in terms of its capabilities.

Let’s discuss a list of games with an interesting plot.

Despite the fact that Destiny 2 is an MMO project, it remains one of the most interesting projects in terms of storyline.

Players are constantly offered a storyline and plot development with the release of new updates. Even the tutorial system elevates players to the game’s lore.

The universe is built on the history of the planets and the universe, and the player only has to get to know the characters and go to destroy the hordes of enemies.

Destiny 2 services will help players learn game mechanics faster and plunge into the most interesting content of the game – Raids.

The last of the completed projects from Rockstar Games site. A lot of time has passed since the release date, so there will hardly be spoilers for anyone – let’s go.

The plot of the game is built around the lives of three different, but interconnected people.

Michael is a former robber, lives in an expensive mansion, with a wife and children who blame him for all their troubles, living in luxury.

Franklin is a kid from the ghetto who wants to get out of the cycle of street problems, eternal showdowns and drug dealing from which his friends are in trouble.

Trevor is a clear psycho and a very bright character in his dialogues. It does not appear in the game history immediately, but closes all the gaps in the early acquaintance with Michael and their friendship, which turned into enmity.

The game starts with the first robbery involving Michael and Trevor, everything goes wrong and Michael is killed in front of Trevor, but not everything is so simple – everything was set up and the character is hiding in Los Santos under a different name, remaining in debt to the FBI.

Franklin works for an illegal car dealer who deceives buyers and sells them cars for which the victims do not have any rights, and after sending the guy on another mission, Franklin meets Michael.

The main concept of the story revolves around a well-thought-out satire of American society, a system of interesting robberies and preparation for them.

Each hero has his own luggage of problems, which is resolved during the passage.

All parts of the game cover the history of the confrontation between the mafia and the police in a different period of time.

The first part is the story of a taxi driver, during the dry law period of the 30s, who, by chance, becomes a gangster and goes through all the stages of transformation from a working man into a bigwig of the underworld with all the consequences.

The second part is the story of two friends who were looking for easy money, because of which one of them gets put on trial and goes to the front in order not to go to prison. The game takes place from 1941 to 1956, showing America in the post-war period, the heyday of crime and the thirst for a beautiful life.

The third part captures the 60s, where the orphan protagonist returns to his foster family after the Vietnam War and is faced with a story in which he will have to avenge betrayal by recent friends and partners.

The project continues the story of the first part of the updated game and introduces players not to the World War II setting, on which the series was previously based, but to a completely new story.

The story shows the activities of a special forces unit in Afghanistan and Europe to fight terrorist organizations and in parallel shows the other side of the coin, where the special forces are shown as ordinary people who have families, children and various life problems due to the complexity of their chosen profession.

The player will visit different parts of the globe and face different opponents.