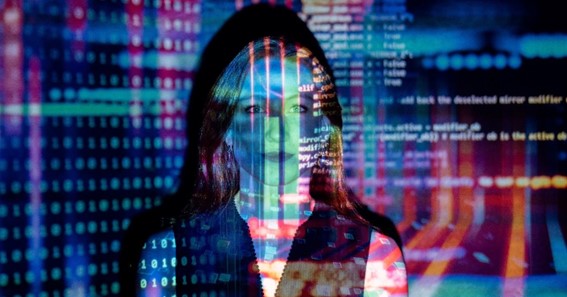 Why DLP is Important for Your Business

If you’re familiar with the internet, it’s hard to argue that we’re not in the age of data and analytics.  These two things seem to rule most of our time spent online, and for good reason.  How does it relate to having a business or e-commerce website?

Well, if you have customers that input their personal information into your systems, you officially are storing their data.  Keeping that secure needs to be a big priority, though we might not realize it.  That’s where data loss prevention, or “DLP” comes into play.  While you can check out some details in this article, be sure to stick around to understand more.

Before we get to the prevention part, let’s cover what data loss is and why it’s such a critical topic to understand.  There are several situations that fall under this category, starting with viruses or malware.  Both are external programs that can infect your computer or even virtual machine, potentially bringing about a catastrophe.

If the virus is designed to track computer key inputs, for example (usually known as spyware), your passwords or other sensitive information like banking pins or account numbers could be saved by whoever is on the other side.  However, this isn’t the only thing to be conscious of.  There is also theft, human error, and power failure to worry about.

Each has their own challenges, which you may want to read up on here: https://www.investopedia.com/terms/d/data-loss.asp.  It’s important that we understand each potential situation so that we can address them if we do have to face them.

Theft is unfortunately one of the most common incidents.  It could be as simple as you or an employee forgets their work laptop somewhere.  If someone who is computer savvy finds it and takes it, they might be able to harvest large amounts of your data that you don’t want to go public.

On the other hand, a power outage isn’t something you can stop from happening.  All you can really do for that is set up contingency plans and focus on preventative measures.  That’s why having a data loss prevention plan is so critical.

Now that you know the risks associated, you’re probably wondering how this works.  Just like there are multiple threats, there are a few ways to approach protecting yourself and your business as well.  While DLP can be complex, is remains accessible to most people who want to keep their information safe.

The first thing to keep in mind is known as encryption.  This is when regular text is converted into code, called ciphertext.  Said ciphertext is only accessible by people who have the key to unlock it, meaning that access is restricted.  It is quite difficult to hack into an encrypted server versus an unencrypted one.

After that comes detection.  If you’ve ever downloaded an antivirus program, you’re already familiar with this to some extent at least.  It involves finding any harmful code or malware and quarantining it.  Ideally, it gets deleted as well.

Types of Data to Protect

The final thing I’ll discuss today is what sets of information you should look to keep safe.  Identifying it can be difficult, after all, especially if you deal with heaps of it on the daily.  However, there are a few different categories that it can fall into.

Data “at rest” is stored somewhere, usually a database or other form of server.  It could be a file system or an external hard drive, even.  It’s a form of backup storage that many people have just in case.

Next there is “in motion” data, which is information that is sent between networks.  That network could be a secure one, but often it is publicly accessible and on the internet.  It can be difficult to keep this kind safe.

Finally, there is the information that is currently “in use.”  So, any user that is interacting with the data you hold is in this category.  This might be customers or your own employees.  There are plenty of examples of this.

For one thing, there are laws in place in the United States that require businesses to keep the information of their customers safe.  I know I hear stories of class action lawsuits against companies due to data breaches quite often – it’s a big deal when it happens.  Having something like that occur is a huge blow to reputation.

So, prevention is probably a good idea to keep yourself compliant with the law, but also to keep your public image a positive one.  Ensuring the safety of sensitive data like credit card information can certainly earn you brownie points in the eyes of most customers, so there are benefits all around.  Overall, I would say it’s a key pillar of having an online retail site.

Five things you need to consider before choosing the courier

How to Maintain a Healthy Lifestyle without Going to the Gym

What are the top things to be taken into consideration while taking the villas for rent in Downtown Dubai?