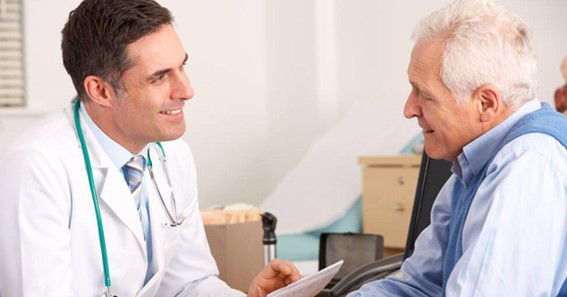 What is the Latest Technology in Penile Prosthesis?

Penile Prosthesis is an essential surgical treatment method constantly developing and changing in light of the latest technological developments. Penile prosthesis implantation has gained significant developments in almost half a century, from its first application to the present day.

Problems with erections are among the sexual dysfunctions detected in most individuals starting from middle age. In the solution to this problem, which is defined as erectile dysfunction, if there is no result in treatment steps such as drug therapy and external vacuum device, surgically placed Penile Prosthesis (penile implant) applications can be applied.

One-Piece Malleable Penile Prosthesis What is the Latest Technology?

After the perception of sexual stimulation, the brain starts the erection process by sending signals that will change the blood flow in the penile region. The acceleration of the blood flow to the cavernous body in the penis ensures that this hollow structure in the penis is filled with blood, and thus the penis enlarges and becomes rigid. In the one-piece Malleable Penile Prosthesis operation, a double flexible cylinder is placed to replace this hollow tissue in the penis. One-piece malleable penile prostheses are penile implants that were first produced in 1980. This type of Penile Prosthesis gives the person permanent hardness after the operation. Thanks to its very flexible cylinders, it allows the person to direct his penis as he wishes. The prominent features of the Rigicon® brand malleable penile prosthesis are as follows. The flexibility of these implants gives people a natural hardness, as they are malleable up to approximately 135 degrees. At the same time, the outer surface of the cylinders is hydrophilic coated (antibiotic), so it is resistant to possible infection factors. Thanks to the state-of-the-art technology of this one-piece Penile Prosthesis, which has six different radius options, the most suitable implant for the individual’s anatomical features can be easily selected.

Three-Piece Penile Prosthesis What is the Latest Technology?

Three-piece penile prostheses, as the name suggests, are penile implants consisting of three parts. A pair of inflatable cylinders, pumps, and reservoir form parts of these implants. In this type of penile prosthesis operation, inflatable cylinders are placed in the place of the cavernous tissue inside the penis, which usually fills with blood and provides an erection. While the reservoir is placed in the lower abdomen, the pump that activates the device is placed in the testis, and the operation is completed. When people want, they can squeeze the pump in the testicles, allowing the liquid in the reservoir to pass into the cylinders in the penis, thereby making the penis grow and harden. Inflatable penile prostheses, which were first produced in the 70s, have undergone many critical technological changes, especially the hydrophilic outer surface coating, during the period until today, as in the one-piece penile prostheses. A three-piece inflatable penile prosthesis is produced in 2 different types based on their transverse and longitudinal expansion. This feature of the implants allows the selection of the most suitable implant for the anatomical characteristics of the individuals.

Inflatable prostheses that can expand transversely and longitudinally are the preferred implant type, especially in patients concerned about penile size after the operation. Inflatable three-piece penile prostheses with transverse expansion features are the type of implant used in individuals whose hollow tissue in the penis is determined to be narrow for various reasons. Three-piece penile prostheses have many standard technological features. Thanks to the developing pump technology, the hardening of the inflatable implants used today occur very quickly and easily. On the other hand, the adaptive feature of the reservoirs is very effective in improving patient comfort by taking the shape of the intra-abdominal cavity of individuals. Because the cylinders have many different length options, these implants allow the selection of the most suitable implant for the anatomical characteristics of each individual, providing a natural erection state closest to normal physiological processes.

Penile Prosthesis treatment is a highly developed surgical treatment method with high success rates since its first application. For detailed information about Penile Prosthesis, you can contact us via the “Request Information Form” on the rigicon.com website.

7 Details You Need to Note When Touring a College Campus

Things To Consider When Purchasing An Air Purifier