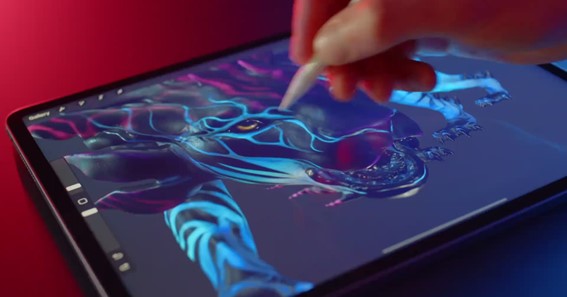 What are the Latest Software Used in 3D Animation?

Animation is a fantastic skill to have in the modern world, which helps give face, expression, movement, and distinct characteristics to a comic strip character or a novel/book character. Animation helps to bring those characters to life on screen in such a manner that people from all walks of life and whatever age can relate to them. While the animation is generally 2D animation, the advent of 3D animation in the last 4-5 decades has helped give comics and cartoon characters a different dimension.

However, the use of 3D animation is mostly associated with films where characters, landscapes, and entire worlds are created; it is also used in the medical field (surgery model) and industrial fields (engineering model). 3D animation usage has grown, especially in areas where dimensions presented for viewing are too complex to understand in 2D but can be better viewed and understood with the help of 3D animation.

As 3D animation has evolved over the years, with better software pushing the bar evermore to make things uber-realistic, so has the demand for 3D artists and animators, who can make use of 3D animation software to their maximum potential. Audiences are drawn more toward an ever-increasing amount of 3D animated content; hence, the kind of 3D animation software used to create such content can be the deciding factor in the resultant quality of the content.

Some of the best and the latest software used to provide 3D animation services are as follows:

One of the best animation software available allows users to animate, illustrate, character animation, illustration drawing, and photoshop sketch covering all aspects of animation, layout, design, and film-making. Some of its features are:

Daz 3D is an animation, rendering, and figure posing, application for animation designers. It helps create 3D human models, adds light, and texture to the image. Some of its features are:

MotionBuilder is a 3D character animation software that can be used for virtual cinematography, motion capture, as well as traditional keyframe animation. Some of its features are:

A 3D animation tool, CrazyTalk allows users facial image animation options with test and voice. It lets them use the intensity of their voice to drive real-time animations. It also allows 3D editing with modified sliders, muscle control, and expression templates. Some of its features are:

Maxon is a 3D modeling, rendering, and motion software. It can be used for 3D animation, lighting, and 3D texturing. It also helps users work on 3D graphics and animation. Even if users outsource graphic design services, they can specify their use as and when required. Some of its features are:

A 3D painting tool, Mari allows users to add texture around objects. A top-rated 3D animation app, it provides HD textures by the hundreds and has a Python API that helps automate workflows. Some of its features are:

A fully integrated 3D game development engine, Unity has unique functionalities that allow users to create 3D games and other interactive 3D content. It also helps them convert separate pieces of art and assets into various types of environments and corresponding scenes. Users can specify the Unity software’s use even if they outsource graphic designing. Some of its features are:

A 3D computer graphics software app, Blender is ideally suited for developing animated movies, visual effects, and games. A free 3D animation software allows users to export or import videos in QuickTime, AVI, and MPEG file formats. Some of its features are: