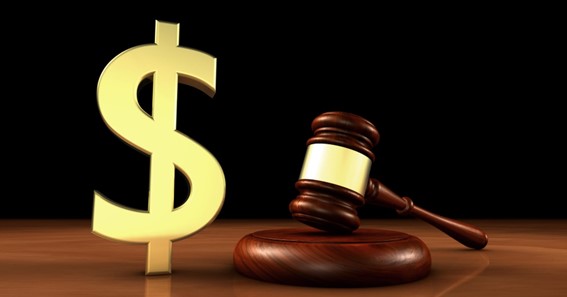 The Financial Implications of a DUI Conviction

A DUI can have serious consequences, including jail time and loss of driving privileges. In addition, a DUI can also lead to a criminal record, which can have a negative impact on many aspects of your life, including your job, education, and housing. In some circumstances, you may also be required to install an ignition interlock device in your vehicle—a small breathalyzer that is installed in your car and prevents you from starting it if you’ve been drinking.

Moreover, people often forget that a DUI conviction can severely affect your finances. If you are convicted of DUI, you may face significant fines, court costs, and increased insurance premiums. Keep reading to learn more about how getting a DUI could drain your bank account.

click here – Do You Need Insurance to Get Rehab for Alcohol and Drug Addiction?

According to Forbes Advisor, average car insurance rates for drivers with a DUI is 74% higher than those without a DUI. Indeed, when you get convicted of a DUI, your auto insurance rates will go up. This is because you are now considered a high-risk driver. Auto insurance companies will charge you more for coverage because you are more likely to get into an accident. If you are convicted of a DUI, you will likely have to pay an increase in your premiums of anywhere from $1,000 to $5,000 per year. In some cases, your insurance company may even cancel your policy.

When you are convicted of a DUI, you may face fines and other penalties. The amount of the fines will vary depending on the severity of your offense and the laws of the state in which you were convicted. Typically, you can expect to pay anywhere from $500 to $10,000 in fines for a DUI.

Beyond it affecting your mental health, when you are arrested for a DUI, the state can confiscate your vehicle and charge towing and storage fees. These fees can be expensive and add up quickly. If your car is not confiscated, the state can still charge you to store it at a tow yard. In addition, you will likely have to pay a fine and court costs, as well as attorney’s fees if you choose to hire an attorney. You may also have to install an ignition interlock device in your car. All of these expenses can add up quickly, making it difficult for you to afford to retain your driver’s license.

click here – How to Choose Between Jira Software vs Aha Software

In most states, the fees for a DUI driver’s license are significant. In some states, the fees are as high as $1,000. This amount may be due when a driver is convicted of a DUI, or it may be required as a condition of probation. In some cases, the fee may be paid to the state motor vehicle department, and in other cases, the fee may be paid to the court. The purpose of the fee is to help offset the costs of enforcing DUI laws and to provide funds for programs that educate drivers about the dangers of drinking and driving. The fee may also be used to fund rehabilitation programs for convicted DUI offenders.

Beyond the stress of going to court, in most states, if you are convicted of a DUI, you will also have to pay court fees. The fees can vary from state to state but can be as much as $500 or more. These fees go towards the costs of running the DUI court system. The bottom line is that getting behind the wheel drunk isn’t worth it. There are plenty of other ways to get home safely after drinking, so there’s no need to take the risk of driving drunk.

Do You Need Insurance to Get Rehab for Alcohol and Drug Addiction?

How to Choose Between Jira Software vs Aha Software