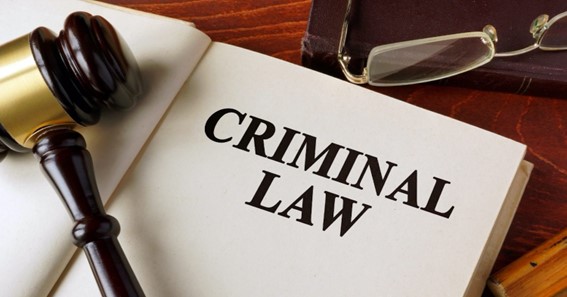 Can A Criminal Defense Lawyer Assist You With Drug Charges?

If you have been arrested, charged with a drug crime, or you’re concerned that you may have been targeted because of your association with illicit activity, getting in touch with a Criminal Defence Lawyer is the smart thing to do. A criminal lawyer can assist you with any case involving drugs that you may be facing, whether it’s drug possession, trafficking, production of controlled substances, or others. Your lawyer can help protect your rights and ensure that you receive the best possible outcome from your case. In addition, Sean Fagan, Criminal Defence Lawyer, can proffer answers to any questions that you may have about the court process or the particular drug charges against you. An experienced criminal defense lawyer can also explain the various factors that could impact your case and how they may be mitigated or even negated in court.

Read on to learn more about drug charges and how a criminal defense lawyer can be of help in such cases.

What Are Drug Crimes

Drug crimes are those that involve the possession, distribution, cultivation, production, or trafficking of any drug that is illicit or illegal. These drugs could include illegal substances such as cocaine, methamphetamine, marijuana, or hallucinogens, as well as drugs that are prescribed legally, such as antidepressants or pain medications. Drug crimes are considered criminal offenses; hence it’s best to hire a criminal defense lawyer if you’ve been arrested or charged with a drug crime.

Drug crimes can be broken down into several categories, including: –

The Penalties And Punishments For The Drug Crimes

The penalty or punishment for a drug crime depends on the nature of the case, past criminal record, the weight of the drug, the type of drugs involved, and more. If you are found guilty of the drug crimes, you may be facing a number of penalties and punishments, including:

How A Criminal Defence Lawyer Can Assist You With Drug Charges

A criminal defense lawyer is familiar with the law and procedure pertaining to drug cases and will help navigate the court system effectively. When a criminal defense lawyer handles your drug lawsuit, they’ll start by asking you several questions to understand the charges against you thoroughly. This information will help your lawyer explain the nature of the case, provide you with advice regarding your defense options, and handle all the necessary paperwork in the case. They’ll also help to strategize a strong defense for your drug charges.

In some cases, a criminal defense lawyer may negotiate with the prosecution to accept a plea bargain that lowers the charges against you, the penalties, and even the punishment. However, if you are found guilty and sentenced to jail, your lawyer could work towards helping you have a reduced jail time. As such, it is essential that you reach out to a criminal defense lawyer as soon as you’re arrested for a drug crime.

The bottom line is that if you have been charged with a drug crime, you must speak with a criminal lawyer. A criminal lawyer can help protect your rights and ensure that the outcome of your case is favorable.

How to Prevent Mold Growth on Window Sills?

How to Find a Cheaper Replacement Water Filter for Your Refrigerator

6 Best Associations in the Water Industry