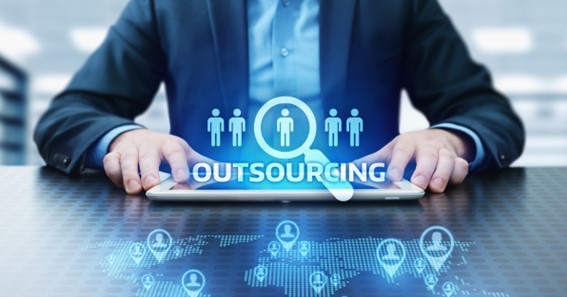 Best Ways for Outsourcing IT to Bulgaria

Software development outsourcing gains popularity in the business community by the minute. It is a convenient, budget-friendly, and relatively easy way to find the best IT professionals all over the globe in a matter of weeks or even days. One of the popular but still growing and evolving outsourcing markets is Bulgaria. This European country offers an impressive pool of IT talent for a reasonable cost. In this post, we will talk about the overall state of the Bulgarian IT industry and the  best ways for tech outsourcing to this country.

IT infrastructure in Bulgaria

Since 2010 Bulgarian government started to pay close attention to the development of the IT sector of the national economy. A little more than a decade later we can say that strategy was successful with the IT industry bringing in almost ten percent of the country’s yearly budget, approximately three of them being profits from clients abroad. What is maybe even more important, the IT industry shows stable growth of about two percent a year. When it comes to training new professionals, besides big companies’ courses and coding camps, there are 15 major universities in Bulgaria that offer degrees in software engineering. In favor of the country’s IT infrastructure also speaks that Microsoft, IBM, and Coca-Cola have opened R&D offices there.

Advantages of outsourcing to Bulgaria

There are numerous advantages of outsourcing in Bulgaria. Of course, the main one is the low coders’ salaries compared to the USA and Western European countries. Even senior developers in top companies are paid approximately two times less than their counterparts in the United States. Bulgaria has the lowest labor cost in the whole European Union and that is gonna work to your advantage during salary negotiation.

Another big positive is the qualified workforce in the IT sector. Bulgarian developers constantly win international online coding competitions or at least end up in one of three top spots. There are more than 90 thousand tech professionals in the country and the majority of them have the necessary skills for projects of any size. Also, according to research, more than three-quarters of the adult population speak conversational English, so problems with communication are unlikely.

For European clients, a big advantage is a geographical proximity and similar time zones. Membership in the European Union can bring some troubles with the legal and tax side of partnership for overseas clients, but for business from other countries-members this will be great due to identical laws and regulations.

How to find Bulgarian developers

When you decide on Bulgaria as your outsourcing destination, you are presented with several hiring options. Hiring directly through freelance sites or platforms like Linkedin may be cheap, but this is a very time-consuming option with many hidden risks. Don’t let your desire to cut some costs get the best of you and search for outsourcing companies or dedicated teams in Bulgaria.

There are several big companies specializing in IT outsourcing in Bulgaria. Also, a lot of software developers can offer you the services of one of their teams or single specialists. Names like Dreamix, Mentromate, Upnetix, Scalefocus, Blanor, and Mentorfocus are known across the world. Great work ethics and reasonable costs make Bulgarian outsourcing vendors really in demand.

Some specialists insist on avoiding Bulgarian IT giants while searching for the best outsourcing partner. Because of their popularity, they have a great number of orders at all times and development teams are often stretched thin. Of course, agencies try their best to maintain the quality of the final product, but sometimes there are some unexpected delays or not a wide enough pool of available candidates during the interviewing process.

Of course, going radically the opposite way is not a solution either. Unknown companies with zero reviews and unrealistically low prices probably will end up being scammers at worst or provide you with an inexperienced and unqualified workforce at best. We can’t forbid you from taking the risk, but the best option is to find something in the middle. With thorough online research, you can find your ideal match. Giving new outsourcing partners a small portion of the project at first to confirm their skills is a good idea too.

How to work with Bulgarian developers

Try to come to software developers with a detailed plan for your future app, it will help both parties to realize the scope of work and size of a team beforehand. Don’t be afraid to ask potential candidates a lot of questions during the interviewing process to find out more about their hard and soft skills. After deciding on a development team try to maintain some control over the project with regular updates and milestones you set up beforehand.

If you are located in the US, maintaining communication with the outsourcing agency and development team won’t be an easy task. With drastically different time zones, workdays almost never overlap, and traveling to Bulgaria for some face-to-face in case of emergency is almost impossible. Of course, these issues are not critical, and staying up late a couple of times a week is probably worth saving some budget on developers’ salaries. Remember that English is a foreign language to Bulgarians, even if they speak pretty well. Don’t let anything become lost in translation and always make sure you and your team understand each other. Cultural fit usually is not a problem for Bulgarians due to similarities between Europeans and Americans.

Bulgaria becomes one of the greatest destinations for IT outsourcing on the globe and for a good reason. Great quality of technical education in local universities, government support of tech startups, and English proficiency among the adult population make this country a really good choice for businesses that wish to develop their own app on a tight budget. Of course, Bulgaria still doesn’t have as many IT specialists as Poland or Ukraine and doesn’t offer costs of labor as low as South Asian countries, but it is still a good mix of reasonable prices and great quality software. If you choose to go with one of the Bulgarian outsourcing vendors, you won’t be disappointed, especially if you follow this guide.