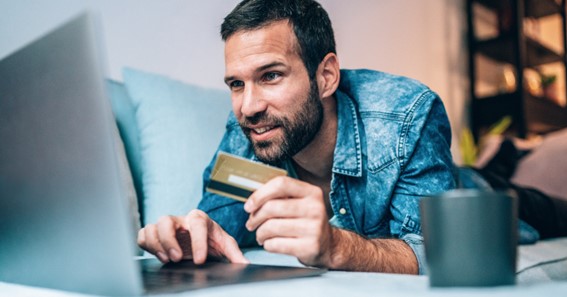 In this article, we will study ad hoc query what is it. We will learn the different things that are related to ad hoc. You will like to know the role of the ad hoc in SQL and the network. I will also describe some of the examples which will help you understand more about the ad hoc. We will see about the benefits of the ad hoc in the information given below. We will learn what is the tool for it. Use of it and other information in brief. So let us read first about what is it and understand the ad hoc query definition.

What Is Ad Hoc Query?

An Ad-Hoc Query is something that could not be decided until the query is given. It is built to get information as needed and it is made up of manually constructed SQL. This is generally built by desktop-resident query tools. An ad hoc query is a command/query that is loosely typed and whose value is based on some variable.

As the term ad hoc means a form of query that is intended for a specific cause or purpose. This query is opposed to a predefined query. However. each time it is executed, the output value is the same.

The outcome varies depending on the value of the variable each time the instruction is executed. It cannot be predicted and is commonly referred to as a complex programming SQL query. This is a temporary query that is generated at initialization. It is generated dynamically on demand by the consumer and does not stay in the system for long. It is more effective to use an ad hoc database query in programming since it saves machine resources. However, complicated adhoc queries with several variables may affect the system’s processing and computing speed. It may also impact the runtime memory.

Ad hoc in networking generally refers to a system of networking devices that operate together to form a network with little or no preparation.

Here is an ad hoc query example when one benefit of projecting security information into a relational archive is that it becomes usable for ad hoc SQL queries. The queries that take a long time or will give unwanted results when run against the active security database can be quickly run against the information in the security database such as Planning, designing, Managing, etc.

There are two main benefits that you will get due to ad hoc actions. Let us see what are they.

The tool for ad hoc queries helps to create ad-hoc reports in less time. It helps in data visualization properly. This tool makes use of the drag and drop function and will help you for different work to be done in minimum time. The tools have powerful filters and functions which can be applied. You will be able to share reports with other persons easily. It will help in supporting all the local, remote, or cloud data.

You can create the files in different formats such as PDF, Images, etc. There are different types of tools available for your devices which you can use on your Laptops and Computers. These tools are very easy to assemble and use. You will be able to work securely on the ad hoc queries with the tools.

What Is Ad Hoc Query In Mysql?

An ad hoc query is a single query not included in a stored procedure and not parameterized or prepared. Depending on the server settings, SQL Server can parameterize some statements initially written as ad hoc queries. Ad hoc doesn’t mean dynamic.

What Is Ad Hoc Method?

Ad hoc is an adjective used to describe things that are created on the spot, usually for a single use. A Latin term that translates literally as “for this,” ad hoc implies innovation, creativity and spontaneity. The term is widely applied in information technology (IT) and business contexts.

Why Ad Hoc Testing Is Used?

Ad hoc tests are useful for adding additional confidence to a resulting product or process, as well as quickly spotting important defects or inefficiencies, but they have some disadvantages, such as having inherent uncertainties in their performance and not being as useful without proper documentation post-execution

Where Do We Use Ad Hoc Mode?

An ad-hoc mode is often used in urgent situations when fast and efficient communication is needed, such as search-and-rescue operations. This type of network is also used in small groups, where the main purpose of the connection is file-sharing.

Here we learned about the ad hoc query in detail. You came to know the ad hoc in the SQL which I described in simple words. The examples of the ad hoc were also described by me. We studied what are ad hoc queries and their benefits. The tool that is used for ad hoc was explained above. Where you must have understood that how you will be able to work with it.? And other files that you can create with the tools used for ad hoc. The data related to the ad hoc given in the upside will be helpful for you in the future.

So now after reading this information you must have got an overall idea about what does ad hoc query means.