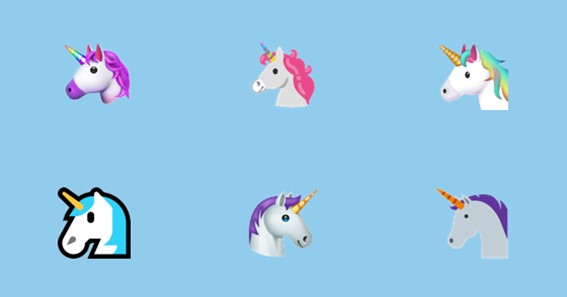 Most people use emojis to convey their emotions in today’s digital world, even without using letters. You can use the face emoji with heart-shaped eyes to show that you’re in love or the one with a sad face to express your sadness. But do you know that emojis are more than that?

Yes, you have read it right! Aside from the face ideograms, mythical creature emojis can also express your mystical feelings across social media. If you don’t know what these emoticons are, read on and discover the seven mystical emojis and how you can use them on your Facebook, Instagram, or Twitter posts.

One of the most popular mythical emoticons on social media today is the unicorn emoji. This ideogram is illustrated as a colorful, mystical creature that looks like a typical horse with a purple or pink mane and a long, rainbow-colored horn on its head. In 2015, it became part of Unicode 8.0 and was added to Emoji 1.0 in the same year.

The unicorn icon may be used in your social media posts when you want to convey uniqueness, peace, fantasy, whimsy, and love. However, some people often use this emoji in connection with “unicorn” startups and as a holographic or rainbow accent hue.

In 2010, alien emoji became a piece of Unicode 6.0 with the name “Extraterrestrial Alien” and joined the Emoji 1.0 after five years. This ideogram appears to be a classic alien with a green or gray oval, bare head, and huge black eyes. Most platforms added a slight, friendly smile on its face to make it less scary.

An alien icon may be added to your social media posts when you want to talk about outer space and or extraterrestrial topics. You can also use it to express a playful sense of unfamiliarity or strangeness.

Many people use it often as a symbol of being weird in a particular place and sometimes associating with themselves to stand out.

click here – What are the two types of loan agreement that one can enter in today?

Just like the alien icon, the goblin emoji became a part of the Unicode 6.0 in 2010 as “Japanese Goblin,” and in 2015, it was added to Emoji 1.0. In most platforms such as Google, Facebook, and Apple, the goblin emoticon appeared to be an intimidating, red mask with angry eyes, a monstrously long nose, and shaggy eyebrows.

Do you want to post something on your social media this coming Halloween? If you do, you’ll undoubtedly use the ghost emoji on your posts. This mythical creature emoticon became a part of Unicode 6.0 last 2010, and five years later, it was added to Emoji 1.0.

The ghost emoji have a white, silly face with outstretched arms and stuck out tongue as if trying to frighten someone in a friendly manner. Besides Halloween posts, this ideogram can also express something fun or someone goofy. It’s also a great way to express an excited “Hurray!”

Another mythical creature emoticon that you can use in your social media posts is the dragon head emoji. It resembles a giant reptile that can be seen in other cultures’ folklore and illustrated as a green-colored dragon facing left or looking straight ahead.

A dragon emoticon is shown with big nostrils, a red tongue, exposed monstrous teeth, and a yellow or green mane on most platforms. This ideogram is generally used on social media posts during St. George’s Day and Chinese New Year. If you’re sharing medieval and fantasy content, you can also insert a dragon icon at the end of your post.

Christmas time is approaching. Surely, posts about this most-awaited holiday will overflow on any social media platform. With that, the Santa Claus emoji or also known as “Father Christmas,” will be one of the most used ideograms for this season.

Who wouldn’t know about Santa Claus, who brings joy and excitement to children during Christmas day? I bet most people knew him so well. The emoji with Santa’s face depicts a typical red festive hat and a white-long beard.

It became a member of Unicode 6.0 in 2010, and in 2015, it was added to emoji 1.0. Thus, if you want to construct a lengthy social media post related to the Christmas season, don’t forget to use this mythical emoji to make your message more lively and appealing.

Whether you want to express anger, magical feelings, weirdness, or just about anything extraterrestrial, you can use the mythical creature emojis mentioned above. You can also use it along with the most commonly used face emojis to clearly show the emotions you want to convey.

What are the two types of loan agreement that one can enter in today?