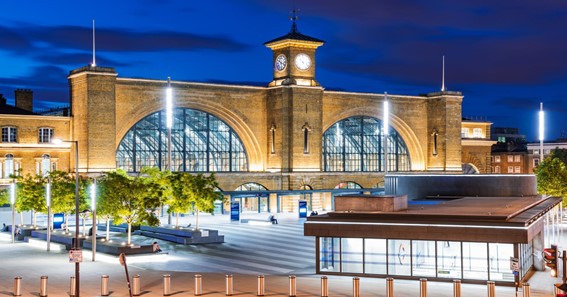 14 Ways to Enjoy the Amenities at Kings Cross Station

King’s Cross Station is a passenger railway terminus in London that makes transportation throughout the United Kingdom and Europe as well.

One element that has made London King’s Cross Station famous is its connection to the Harry Potter books and films created by author J.K. Rowling, and it has inspired the fictional Platform 9 3/4.

click here – When Should You Be Concerned About a Dog Throwing Up?

If you are looking to become more knowledgeable about the storied history of King’s Cross while you are there, the staff at the King’s Cross Visitor Centre can provide you with a free guided tour around the public areas.

Learn about the industrial heritage and how the development will expand in the future years. Just leave your baggage at the proper luggage storage in Kings Cross Station for reliable safety measures, and learn more about your surroundings.

These gorgeous fountains are what is considered the most popular attraction at King’s Cross, complete with 1,080 jets that are all individually controlled and illuminated, ready and waiting for your next memorable photo opportunities.

When the weather is warm, the square becomes an urban beach for kids of all ages dashing through the water jets.

Granary Square Fountains are opened up daily to the public, and they get turned on during daylight hours.

Come out to witness these two acres of wild green space right in the middle of one of the more densely populated areas of London and not far at all from King’s Cross Station.

Once you enter Camley Street Natural Park on the banks of Regent’s Canal, you get to experience plants, wildlife, woodland, grassland, and wetland…all in the city of London.

If you are among the millions of supporters of J.K. Rowling’s best-selling Harry Potter book series, King’s Cross is a. must-visit to see for yourself where the fictional students of Hogwarts School of Witchcraft and Wizardry catch the Hogwarts Express.

The real King’s Cross platforms 9 and 10 are separated by tracks, but you can find a platform 9¾ on the wall in the station concourse as it corresponds to the books.

Enjoy the cobbled streets and brick arches that offer a mixture of well-known brands and independent shopping opportunities, with over 50 shops, cafés, bars, and restaurants just minutes from both the King’s Cross and St Pancras stations.

King’s Cross has an Everyman cinema to see the latest hand-picked films while resting up on a sofa with food and drinks brought over to you.

If you have some spare time at King’s Cross, why not go entertain yourself with a music gig at this 600-capacity live music venue with bands spread across all genres?

Word on the Water

How cool would it be to tell your family and friends back home that you went to a bookstore on a barge that is at least a century old?

Find new, used, contemporary fiction, and even children’s books at this nautical bookstore.

Bagley Walk is built on what used to be an old railway viaduct. Now it is a park that follows the curve of Regent’s Canal, with adorable plants and views over the canal, Camley Street Natural Park, and Coal Drops Yard.

Regent’s Canal runs through the middle of the King’s Cross area and is a nine-mile waterway quietly flowing from the River Thames at Limehouse and over to Paddington.

There are still people living along the canal, and the mix of boat moorings, heritage buildings, and a connection to nature makes for a charming setting.

You can walk or ride a bicycle around the towpath and discover the neighborhood parks, gardens, and canalside restaurants.

Stroll along the enchanting canal towpath from Granary Square, and you’ll find this little park that is framed in cast iron and once held 1.1 million cubic feet of gas and was located on the opposite bank of the canal.

Take a tour with Russell Tovey

Don’t end your time at King’s Cross Station by seeing the community garden behind the British Library organized by Global Generation, the charity responsible for the Skip Garden project.

When Should You Be Concerned About a Dog Throwing Up?